(B)  GROUP STAGE 2: This is a simulation of the software program that was designed to schedule and track Group Stage Two (2) through the final Knockout Stage – The Main Event (3).

Group stage scoring is broken up into  i. Score (3pts for a win, 2pts for a tie and 0pts for a loss), ii. Tie Breaker (TB) Common Opponent, and iii. Points Differential (a teams actual TD scores from a match).

Below is a simulation of the Final Standings of the Group Stage (Image 1). 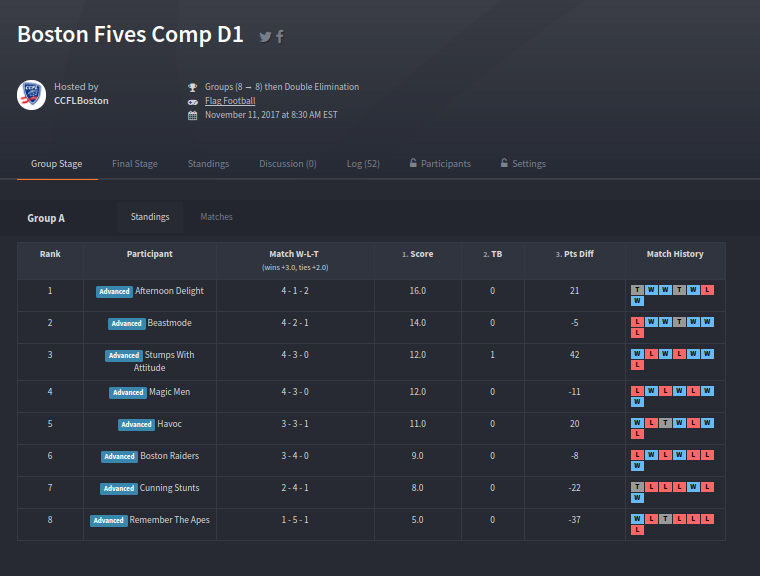 (C) THE KNOCKOUT STAGE – The Double Elimination Main Event. Groups get split up into a Division A – CUP Tournament CUP, Division B – PLATE Tournament PLATE, Division C – RIBBON Tournament  and so on.This is known as your Group’s MAIN EVENT. Remember, if you are avancing out of the LOSER Brackett, you must run the table to win it all and if your team’s first loss is in the first championship game, you will play a rubber match. 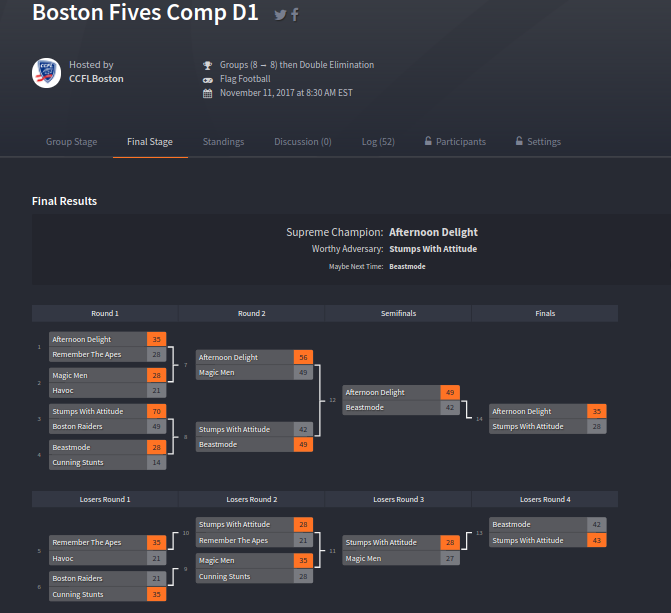 Below (Image 3) is how Afternoon Delight won the championship  in our simulation – winning 4 games without a loss. 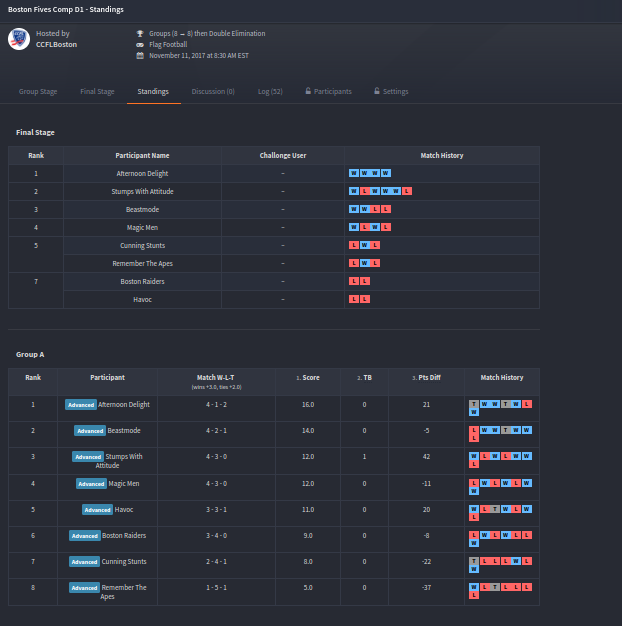 (B*) Make-up Games
Saturday, November 4 if necessary for teams, can also be used for single game Group Stage 2 game.

(C) Final Knockout Stage 3 – The Main Event – 4-6 Double Elimination Tournaments
Final tournaments are based on your position from the Group Stage based on Scoring Points earned.
Round 1, Round 2, Losers Round 1
Saturday, November 11 or Sunday, November 12