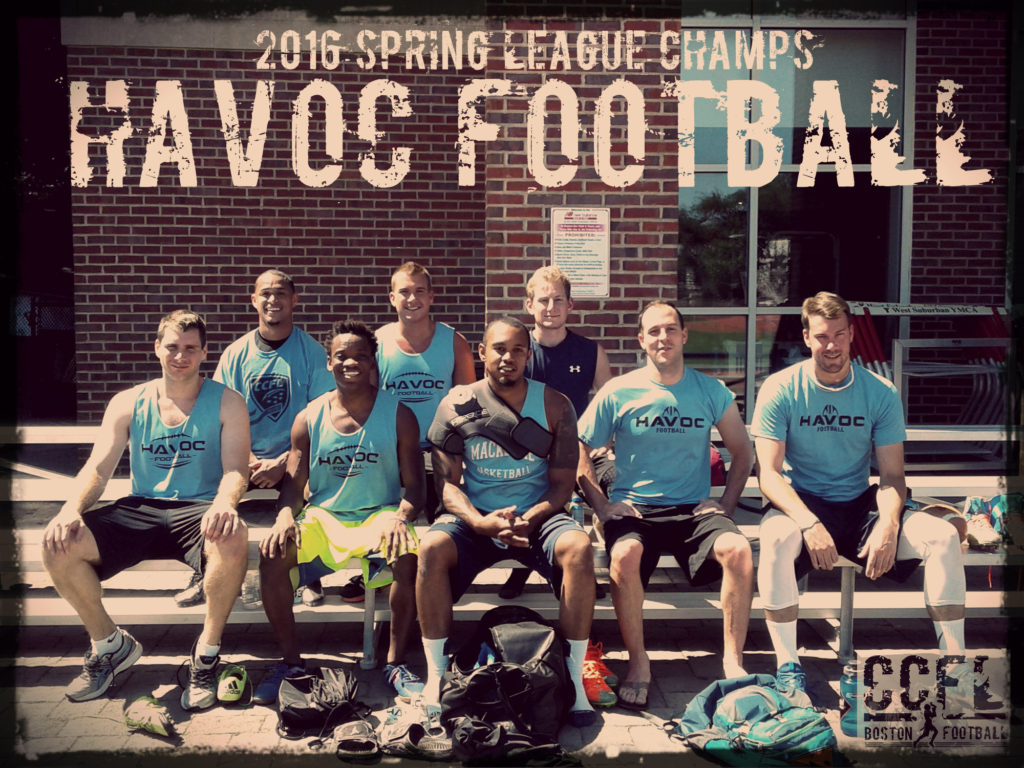 The CCFL was originally formed in 2000 as the Cleveland Circle Football League.  A neighborhood football league with aspirations to model its league after competitive college intramural sports – the nascent football league petitioned Mayor Menino to grant them a permit for the multi-purpose grass fields of “the Circle” in Brighton, MA.

The early pioneers from Boston Sports Journal, Cityside Bar and Red Hook Brewery formed a partnership to create a men’s flag football league that would be promoted throughout the City of Boston. What was a brainchild of Andrew Tamayo (commissioner of the league since 2000), has now become a successful city wide football league that plays each fall in Brighton’s Cassidy Park and Charlestown High School and the spring and summer at Daly Field on the Charles River.

CCFL Boston’s MIssion is to provide the best flag football experience for players of Greater Boston. The CCFL, organizers and players promote participation in all sports, specifically flag football for all levels of play. Through league play and tournaments, the mission is to provide players, participants and spectators a fun and healthy way to be involved in recreational sports at the community level  throughout the year.

CCFL has firmly established itself as one of the best men’s flag football league in Boston. Our goal is to continue to grow our league and offer a premier collection of tournaments that play for city wide recognition of the best 5 v 5 flag football team of Boston.

Our tournament arm is simply known as the Boston Fives. Along with our seasonal league, we hope to attract some of the region’s best players and fans from New England and beyond to Boston all year round.

CCFL Boston’s goal is to promote league and tournament play throughout the year. Through the process, one team will have the honor of being crowned the best flag football team of Boston.

Congratulations to our 2022 Champions
League Champions
Stumps! With Attitude