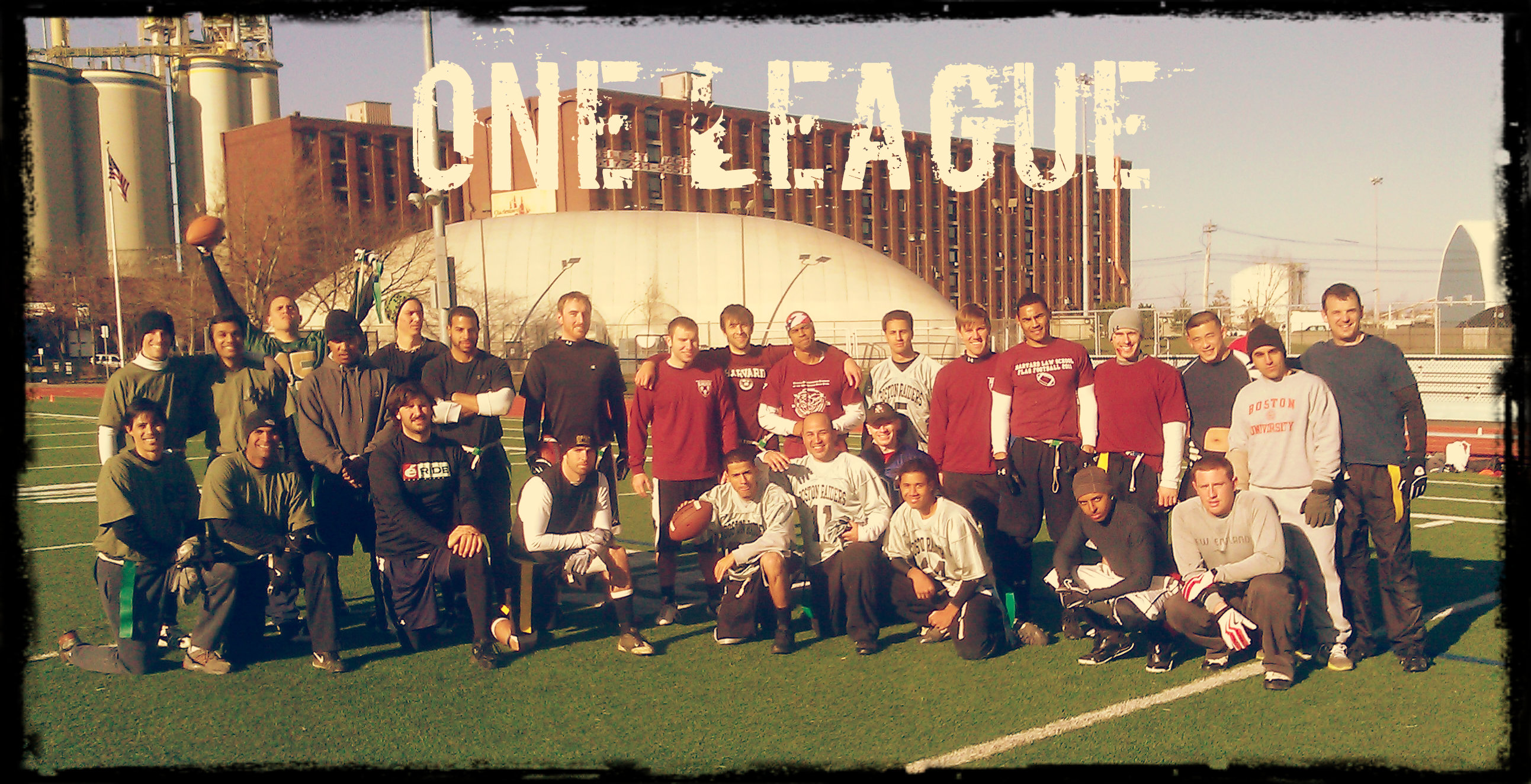 Welcome to the 2017 CCFL Fall League

We have 3 options this upcoming season. Space is limited for each day and registration is now open to all new teams.

(1) Boston Fives League: This is a league style tournament. Its format is designed for teams that like to play double-headers, commit to fewer weeks in a season, and end in a double-elimination tournament. I specifically created this for teams who travel from outside 25 miles, for teams that also play in their own leagues, and teams that like fast paced tournament style play. However, we use full-length 5v5 fields and full length games. Nothing is abbreviated like single day tournaments. Its purpose is to crown the Mythical Best 5v5 Men’s Flag Football Team in Greater Boston and beyond.

Your team creates its own schedule until the final stage Main Event – Double Elimination Tournament. Games will be played on Saturdays at Smith Field in Allston, MA.

(2) CCFL Fall League Saturdays: This is our bread and butter for the past 18 seasons. However games are played at Smith Field in Allston on Saturdays. This is a 10 game regular season plus playoffs.

(3) CCFL Fall League Sundays: Cleveland Circle, Brighton. Our 18th This is my baby and is the oldest and most recognizable Men’s 5v5 Flag Football League in the area. This is 10 regular season games plus playoffs. Due to the construction of a new field, we will have a limited number of divisions and teams for Sundays in Cleveland Circle.

Beginning in November, we will move to Charlestown (or other turf fields) to wrap up the season and start the season Tournaments.

I know a lot of captains and players had their feathers ruffled with the new fields, days and format, but we made the adjustments and the competition will be the best around. The City of Boston did their best to work with us and find us new fields (its challenging when we have over 46 teams and 5 divisions), and in the coming years, this City will have some gorgeous new fields to play on.

Cya on the fields,